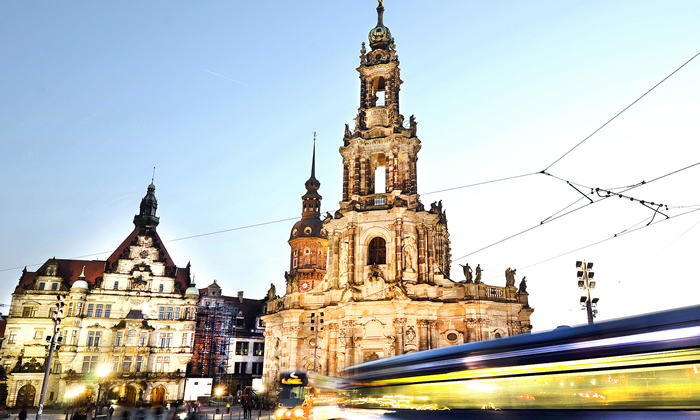 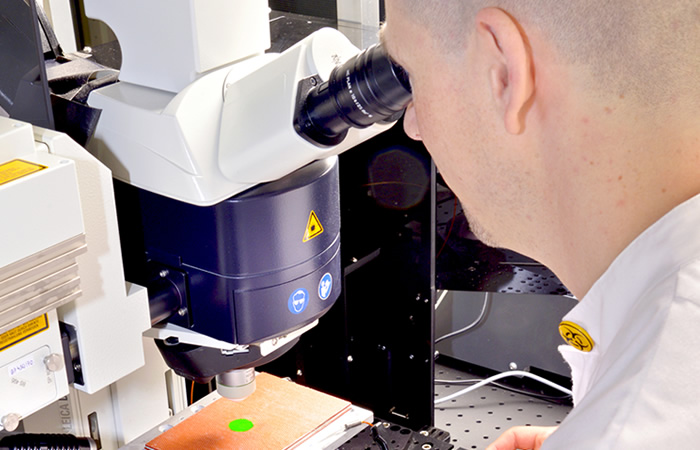 Biomedical research is a focus of the division of nephrology. From cell free systems to complex in vivo analysis, ... Basic science

Our basic research is focused on the mechanisms of kidney regeneration after injury of immunological or non-immunological nature. Although kidney injury is definitely reversible (e. g. acute post-infectious glomerulonephritis) many kidney diseases develop progressively over a prolonged period of time resulting in end-stage renal failure. We now know that during chronic damage  process healing is possible for instance by inducing capillary repair counteracting fibrosis or stimulation of local progenitor cell niches to repair damaged structures. Thereby the kidney appears to possess a remarkable intrinsic regenerative capacity which is modulated by immune system and further extrarenal cues. Our group is dedicated to study the mechanisms of renal regeneration after injury to identify promising targets for efficient life-long protection and maintenance of the normal kidney function and for repair of the damaged kidney before irreversible fibrosis has developed.

Renin lineage cells
One of the targets with potential therapeutic potential is the Renin Lineage Cells (RLC) pool. Renin is the limiting enzyme of the renin-angiotensin-system (RAS). In adulthood it is produced by the juxtaglomerular cells (JG) in the afferent arterioles (AA) of the kidney.

During development renin is expressed in precursor cells throughout the kidney which differentiate into mural, glomerular, tubular and interstitial cells. All these collectively form the renal renin lineage cell (RLC) pool of which the renin-producing cells (or renin-positive cells) in AA of the adult kidney comprise only a minor portion.

RLC serve as a progenitor cell reservoir not only during nephrogenesis but also after renal injury in adult life.

The RLC progenitor cell niche is continuously filled up by de novo differentiation from kidney intrinsic cells that have never expressed renin before. The neogenesis of RLC is pharmacologically inducible and is clearly regulated in a coordinated manner upon mesangial cell injury.
After generating a unique triple-transgenic mouse model to target inducibly and selectively the renin cells we found in pulse-labelling studies that the renin-positive RLC differentiate into renin-negative intraglomerular mesangial cells in a mouse model of mesangial proliferative glomerulonephritis.
These studies clearly show that the mammalian kidney possesses considerable regenerative potential which may be efficiently targeted by therapeutic strategies

Since RLC represent pericyte subpopulation we ae also interested in the role of renal pericytes in the processes of kidney regeneration.

Glomerular and vascular kidney diseases
Mesangial cell injury and unbalanced mesangial cell turnover are hallmarks of chronic mesangial proliferative glomerulonephritis (IgA nephropathy) which represents the most common form of primary glomerulopathy in humans. We developed a new mouse model of reversible mesangiolysis to study the glomerular repair and regeneration after mesangial cell injury. While the mechanism of this mesangial proliferative mouse model is different from IgA nephropathy in man, the glomerular responses to injury between man and mouse appear to be very similar (proliferation, cell death, matrix expansion, cellular activation, etc.). We apply this model to different transgenic mouse strains to investigate the mechanism involved in the repair phase of the model. Current experiments focus on the role of PDGF-B/PDGFRß, mTOR system and innate immunity signaling in the repopulation of glomerular mesangium.

Endothelial cell (EC) repair and regeneration after injury is relevant in chronic kidney diseases like… (Christian und Andreas). Our current studies demonstrate that endothelial repair in mouse kidneys after acute lesions depends primarily on local mechanisms. To study the mechanisms of EC regeneration we introduced a kidney-specific concanavalin A/anti-concanavalin A model by unilateral renal artery perfusion in mice.

In this model, severe renal thrombotic microangiopathy develops (Nephrol Dial Transplant 2008 Apr;23(4):1144-56.; Am J Physiol Renal Physiol. 2010 Jun;298(6):F1504-14). We are using multicolor fluorescent-activated cell sorting of renal cells and intravital imaging to evaluate the pathological changes in the kidney. This model is currently used to study endothelial regeneration in the kidney. Current experiments focus on the detection of the EC regeneration niche in the kidney.

Diabetic Nephropathy
Diabetic nephropathy is the most frequent cause of dialysis-dependent renal insufficiency in the western world accounting for more than half of terminal renal disease. The mechanisms leading to the pathological changes seen in patients with diabetic nephropathy are still not fully understood and thus no causative treatments are available. Diabetic nephropathy shows glomerular sclerosis, interstitial fibrosis, podocyte injury and mesangial expansion. A common denominator in diabetic vascular complications, including nephropathy, is the enhanced levels of vascular inflammation. To elucidate new signal cascades as possible treatment options for diabetic nephropathy we utilize a chemical induced (streptozotocin; STZ) and a genetic (overexpression of a mutated GIP receptor in ß-cells of the pancreas) model of diabetes.

In vivo Imaging and microscopy
The microscopic observation of cellular processes in a living animal is of high importance to the characterization of kidney damage and regeneration, since we are able to directly study cell migration, perfusion, functionality and cell-cell interaction processes on cellular resolution in the complex environment of a living organism. We are able to employ ultrafast spinning disk microscopy as well as deep tissue multiphoton laser scanning microscopy depending on the relevant question. Implantation of stable abdominal imaging windows as well as sophisticated animal handling methods (endotracheal intubation, active ventilation, reversible catheterization of tail vein) allow us to observe animals longitudinally and repeatedly over the course of at least two weeks on a nearly daily basis. We study dynamics in glomeruli and peritubular capillaries following selective injury. With the help of fluorescence microscopy, we can perform in vivo spinning-disk confocal imaging in mice, to analyze physiological conditions to assess baseline cell tracks and structures as a function of time and develop the required image processing.

Microfluidic systems/Kidney organoid
Microfluidic systems are small, chip-sized platforms, which can be used as cellularized organoid systems to study cell processes and cell-cell interactions. These platforms are produced by Fraunhofer IWS by layer laminate manufacturing according to the experimental needs, containing reservoirs, channels, valves and an integrated micropump. We established a highly-defined lesion model in a human endothelial cell (EC) layer without removing dead cells and signaling molecules.

Cultivating of kidney organoid from iPS human cells is being introduced in the lab. We are studying the protein expression pattern and the function of organoids from donors with different mutations. CRISPR/Cas will be used to induce gene knockout or repair the mutations aiming to normalize the impaired organoid function. These experiments will serve as basis for identifying targets for future regenerative therapies.